The guys had entered the studio around 15-16 o'clock. The result after the studio day is: drums for 3 songs recorded! Not bad at all! Emppu was there to record Joonas (yes in hangover) and they only recorded Emppu's songs today. I only quickly stopped by the studio as Joonas and Emppu were recording the 3rd track. 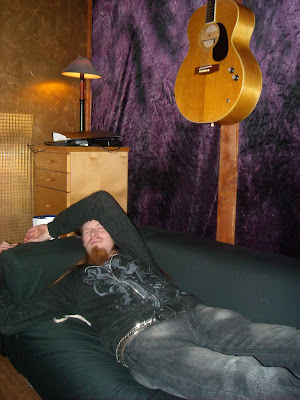 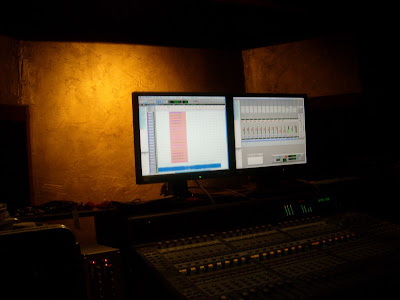 
Meanwhile Lasse had recorded backing guitars for 1 instrumental song we gonna record later. It's Emppu's song and we played that track already in Nummirock 2011 and in Metalcamp 2011.

So that's pretty much all...tomorrow probably recording some songs written by me and by Lasse.

Freezing greetings from Hyvinkää, Finland as it's minus 18 degrees....hrrrrrrr!